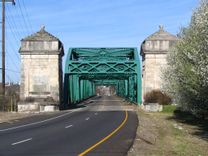 As one of Nashville’s early streetcar suburbs, the West End area has been serving as a prime residential district for generations. The neighborhood runs from just southwest of Centennial Park, curving below Vanderbilt University’s campus until just past 21st Avenue, where it meets the 12 South community. This location lends the area a diverse population of professionals, intellectuals, artists, and students, who have helped turn West End into one of Nashville’s most distinctive districts.

How’s The Vibe In West End?

The West End Nashville neighborhood is a dynamic area that offers something for nearly everyone. With close proximity to Nashville’s largest universities and downtown, there’s a thriving community of young professionals and university students. This area is also bustling with young families alongside Nashville long-time residents that have stayed put and embraced the ever-changing personality of this area.

What’s The Food + Nightlife Scene Like In West End?

When it comes to West End nightlife, most residents take a rideshare downtown or over to Music Row where there are nearly endless places to explore. That doesn’t mean that West End doesn’t have its own mainstays that locals frequent for cocktails and music, though. Most of West End’s best restaurants and bars can be found along West End Avenue.

Springwater is a fun dive bar with a rich history and some added flare. This bar may look a bit rough, but it’s a hipster’s (and music lover’s) paradise. They host a wide array of excellent bands and the atmosphere is far from pretentious. Springwater is also the oldest continuously open bar in all of Tennessee.

For an easier time at conversation and a more upscale experience, head to Fable Lounge where you can enjoy a classic or craft cocktail. If you’re looking for a nice place to take a date, Fable is a winner.

If fine dining is your thing, Chateau West offers exquisitely plated French fare and Jimmy Kelly’s Steakhouse is an iconic restaurant with some of the best-rated steaks in Nashville.

What Are The Top Things To Do In West End?

Vanderbilt University and Belmont University are within walking distance of many neighborhood residences, which means easy access to school-related functions like sports and concerts. Centennial Park, Nashville’s most iconic public greenspace (complete with a Parthenon replica) is located in West End. The park even has an expansive dog park and sports complex. For dining and nightlife, Midtown’s famed restaurant district is just on the other side of Centennial Park, and 12 South’s mix of shops and food options are to the east. If you don’t want to leave the neighborhood, right at the heart of West End, 21st Avenue is also full of local restaurants that cater to the universities as well as the surrounding community.

With a few exceptions, this area is mostly a mix of upscale cottages and high-end apartments/condos. Quaint, attractive 2-4 bedroom homes dot the grid-like streets that run between upscale restaurant and shop districts. The location yields a high baseline for home sale prices, which swell with additional square footage and modern updates. Although new construction is slowly reshaping the market, older homes are being replaced at a much lower rate than most of Nashville’s other original neighborhoods, which lends properties a coveted authenticity.

Even cozy bungalows built before 1920 sell for between $600,000 - $1,000,000, while single-family homes with 3-4 bedrooms command prices north of $1,500,000. West End houses rarely come on the market, and when they do they don’t stay there for long. Usually, they’re under contract within thirty days — which is impressive for homes with such a lofty price range.

Those looking to rent in this community will find options ranging from $1,300 to well over $3,000 per month. Renters seeking a house also tend to have good luck in West End, where plenty of rental properties are available for a similar price range. Basically, whatever your preference or budget, there’s likely a place for you in the West End neighborhood.

Purchasing a home in West End is a good investment for its desirable location near Downtown Nashville. The neighborhood is also close to many other appealing and convenient areas, such as Green Hills, The Nations, Sylvan Park, and Vanderbilt. West End provides the favorable aspects of living in an urban location, but still showcases plenty of greenery.

How’s The Cost Of Living In West End?

The West End area is highly sought after and the cost of living reflects its popularity. Many college students and young professionals opt for affordable apartments that tend to be on the small side. And most find the sacrifice of space is worth the benefits of living in a lively and convenient Nashville neighborhood. What does your money get you in terms of a West End home? Many homes in the area have a hefty price tag, but these abodes are often spacious, modern, or traditional, and most have yards.

How Is Transportation In West End?

West End residents can often get by without a vehicle if they work in the area or downtown. Many of Vanderbilt’s staff live in the condos nearby and walk or bike to work. The same is true for the students attending Vanderbilt. Rideshares are easy and most side streets don’t see a lot of traffic if you’re one for walking. There is also the Metro bus system, which is an easy way to get downtown. If you plan to live in West End and work elsewhere in the city, though, you likely will want to invest in a vehicle.

What Are The Top Schools In West End?

West End Middle School is a great neighborhood school with small class sizes and excellent achievement scores. Eakin Elementary has an active PTA, enthusiastic teachers, and students that perform better than the Tennessee average. Harris-Hillman Special Education School is well-regarded by most Nashville residents. They offer special learning needs students (K-12) the opportunity to excel and a 6-to-1 teacher-to-student ratio.

What Are The Best Parks In West End?

The best park in West End (and arguably in all of Nashville) is Centennial Park. Centennial Park is home to the Parthenon and the Centennial Art Center where you can register for art classes. Residents also enjoy walking around the park’s man-made lake, where you can spot a wide array of wildlife, relax in the gardens, or enjoy a free live concert.

For kids with a penchant for playgrounds, Fannie Mae Dees Park will have their hearts fluttering. Many West End locals also love kicking the ball around or tossing the frisbee at the Vanderbilt fields.

Is West End A Safe Place To Live?

West End is by no means dangerous. It is ranked as #2 in the NCA’s safest neighborhoods in Nashville. Of course, it’s going to have a higher crime rate than areas outside of Nashville-proper such as Brentwood, but much of this can be explained by its proximity to downtown and the population density.

Pros To Living In West End

Cons To Living In West End

A. When living in West End, you can expect a cultural melting pot of available cuisines. This urban neighborhood sits within close proximity of Downtown but isn’t highly trafficked by many tourists. The neighborhood has so much to offer, including music venues and nightclubs.

Q. How long does it take to commute to Downtown Nashville from West End?

A. Commuting from West End to Downtown Nashville by car will take approximately 8 minutes.