Why Do People Decide To Move To Another City? 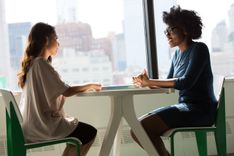 Should You Use A Friend Or Family Member Who's A Realtor? 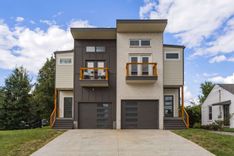 What Is A Horizontal Property Regime (HPR) Real Estate? 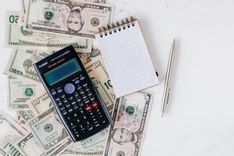 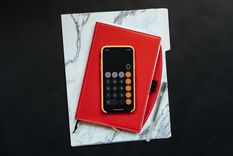 Capital Gains On Selling A Home In Tennessee 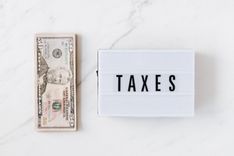 Moving. The word itself conjures a maddening cocktail of excitement and stress, and once it’s on your mind, it’s hard to turn away from. In the United States, where progress and action are part of the cultural soul, the relocation urge is particularly strong. Perhaps that’s why every year around 10%-12% of Americans find a new home, and a large portion of those people change cities entirely. Thinking a new city might be just the thing for you? Here are the top reasons why people make finding a different town part of their next move.

To Be Close To Loved Ones

We go on and on about our hopes, dreams, and ambitions, but more often than not the most powerful force in our lives is those we care about. It’s no surprise, then, that they’re one of the key reasons we move.

First, for so many reasons, we move for family. People looking to settle down and buy a house—especially when they’re thinking of having kids—move with that family support system in mind. Many also move because they’re the ones providing the support. In 2016, almost 72% of Americans lived close to where they grew up, and of these people, 50% cited family as the main reason for that decision. We may not be able to live with ‘em, but living without ‘em is just not ideal.

Long-distance romantic relationships are also not ideal, which is why people move to be closer to the one they love. In 2019, 10% of marriages started as long-distance relationships, and 75% of engaged couples had done long-distance at some point. By definition, at least half of the couple has to move to make it work, which means a lot of people relocating for love.

Romance doesn’t have to be part of the equation, though. Moving near friends is a great way to build a support system, get to know a city, and maybe even split the rent. It’s not necessarily the most popular relocation motivation, but young people, especially, might only need that one ally to decide to take on a new locale.

30 years ago this would have been number one on the list. Since the ‘80s, however, when 40% of job seekers ended up switching cities, more and more people are managing to stay put. As of 2018, only 10% of job seekers in the U.S. had to move because of work. Location just doesn’t matter as much as it used to. If this pandemic-stricken time has taught us anything, it’s that many people—especially those with technology-based, white-collar jobs—can work from just about anywhere. As of August 2020, 38% of college-educated workers were completely remote, and many others worked hybrid schedules that split time between home and the office.

The last two decades have also seen a rise in the gig economy. This broad sector of the workforce basically includes everyone who gets paid for the completion of a single project or task, casually known as a gig. Gigs can be as short as an Uber ride or as long as a multi-year project. What they all have in common, though, is their abrupt and predetermined end. Many gig workers, even if they have to work somewhere else in the short-term, return to an established home base. Often, however, they can fully complete and submit their assignments virtually, which means they work from just about anywhere. The reality is if you have a decent WiFi connection (and can stand the way you look on Zoom), there’s a good chance you can live wherever you want.

As people’s job situations become more flexible, livability plays a larger role in their moving decision. If you can choose where you live, why not find the very best place for your lifestyle? The most livable places provide all you want without costing you too much time and money. This can be tricky, because one person’s paradise could be another’s purgatory. Some cities, however, have mass appeal at the right price.

People with livability in mind are quickly abandoning those bigger cities that were once necessary for employment. Spots like New York, Chicago, Los Angeles, and San Francisco—known as tier 1 cities for their developed economic and cultural scenes—used to be final destinations. These days, though, people seek lower taxes, a cheaper mortgage, more space, and less traffic—they essentially want somewhere more livable. Consequently, newcomers are flooding tier 2 cities, like Dallas, Phoenix, Portland, Atlanta and Nashville. Since 2010, Dallas’s population has risen by 1.2 million, while the Atlanta metro area has added over 700,000 people.

On the flip side, in 2017, NYC and LA lost a combined 209,000 in total population; and that was before the pandemic, which is already driving people from crowded places in greater numbers. It’s not difficult to see why. Even though tier two cities aren’t cheap, you can live in a 4-bedroom house in Nashville—a renowned spot for entertainment and culture—for the same amount you’d pay to rent a studio apartment in New York City. And those who can’t stand another hour sitting on an LA interstate might trade their commute for the convenience of a place like Charlotte, NC.

It’s all relative, however. Some residents of tier two cities faced with a population influx have already started moving to tier three cities—think Chattanooga, TN, or Bend, OR—that still promise the quieter life they used to enjoy in larger towns. Whatever the reason, people are pursuing livability like never before, which makes it one of the top reasons for moving.

As silly and frivolous as this may sound, people sometimes just can’t stand the weather. This helps explain why the Northeast holds over half of the top ten states people want to leave. Meanwhile, the South keeps experiencing population gains. Weather wears on people, especially as they age. Baby Boomers, who are hitting retirement age at almost 10,000 per day, increasingly flock to sunny havens like Arizona and Florida. Retirement, though, isn’t the only way to justify breaking up with your weather forecast. As job prospects increase in other parts of the country, like the Southeast and the Pacific Northwest, it’s never been easier to talk yourself into moving to a milder climate.

College may fly by, but four years is a long time to spend in one place. Tack on a little grad school, and you’re essentially a tenured resident. It might just be a home away from home for many, but college still counts as a significant move. In 2018, there were almost 20 million college students in the U.S., and around half of them migrated over an hour away from home. Some turn this into an earnest relocation, never leaving their college town. Still others use this first move as a springboard to launch them into new and unanticipated cities. Either way, that college choice is a key first move that often puts people on the cycle of relocation for years to come.

Thinking of relocating? We might suggest Tennessee, a place with beautiful scenery, great cities, and low taxes. If you’re considering a move to the Volunteer state, give us a call at 615-354-5731, or send us an email at contact@felixhomes.com. We’re always ready to hear about your next step!