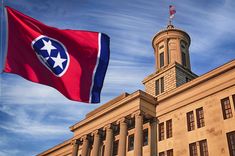 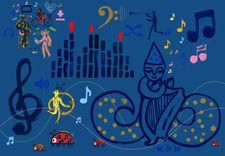 It’s time to bust out your dancing shoes if you’re moving to either Nashville or Austin. Or perhaps we should say boots for these two country music hot spots!

At first glance, the cities are pretty similar. Nashville, Tennessee famously holds the name of Music City and is home to a number of Broadway Honky Tonks and local music venues. Alternatively, Austin, Texas gains recognition for being the music capital of the world. 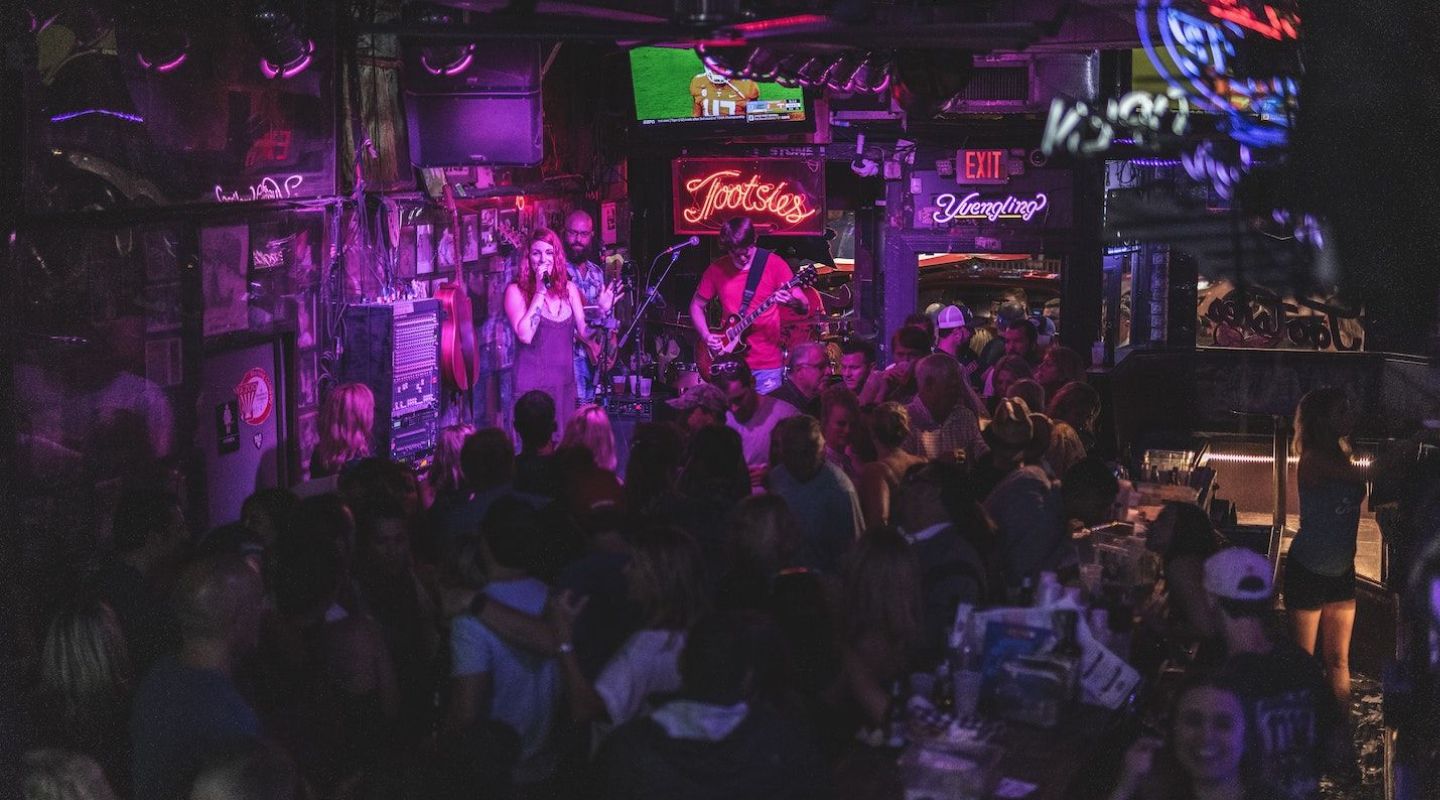 If you're planning to move, the debate between the two is not easy. Nashville takes the lead in our hearts since Felix Homes is based here, but we’ll provide an unbiased analysis below so that you can decide.

Comparing The Cost Of Living In Austin vs Nashville

When moving, the cost of living is one of the most important factors. The United States national cost of living average is 100. City indexes that score over 100 represent a more expensive cost of living and vice versa. The metric evaluates costs for basic living expenses, such as food, shelter, transportation, and healthcare. Exact expenses may vary due to lifestyle preferences and family size.

According to a 2021 study, Austin is 15% more expensive than Nashville. On the surface, that might not sound like a big difference, however, depending on income and spending habits it can add up fast.

Cost of living in Austin TX

Sperling’s Best Places gives the city of Austin an overall cost of living score of 119.3. The makeup of this score looks at food, healthcare, housing, utilities, transportation, and miscellaneous expenditures.

Austin averages 96.7 for food and groceries. This is reflective of key staple grocery items. If your preference is to shop at specialty grocery stores, it’s best to anticipate higher expenses in this category.

The biggest expense differentiator between the two is housing, notating Austin 159.6. The metric evaluates both renters and buyers and reflects median home costs. The price of utilities is almost equal in both cities.

You can anticipate higher expenses for transportation in Austin. This includes prices for gasoline, car insurance, and maintenance.

The last category evaluated by Sperling is miscellaneous expenses, such as clothing, entertainment, and restaurants. In Austin, you can expect to shell out roughly 13% more than in Nashville.

Cost of living in Nashville TN

You can anticipate lower total expenses in Nashville, with a cost of living score of 101.4. For a fair comparison, we’ll reference the same metrics cited by Sperling’s Best Places for Nashville.

Nashville healthcare costs measure in at 96.7, roughly 2% higher in comparison to Austin. However, the metric falls lower than the national average.

The cost of housing is significantly lower in Nashville, averaging 29% lower. Sperling notes the median home cost in Nashville is $262,000, while Austin's median is a whopping $369,000.

You'll also save when it comes to transport in Nashville. Although this doesn't account for the vehicle cost or registration, it does refer to maintenance, insurance, and gas.

Comparing The Safety Of Each City

We’ll compare crime in two main categories; violent crime and property crime. The National Institute of Justice (NIJ) identifies violent crime when a victim is harmed by or threatened with violence. These crimes include robbery, assault, rape, sexual assault, and murder.

NIJ establishes property crime when a victim's property is stolen or destroyed, without force or threat. Property crimes include vandalism, arson, and burglary.

Crime levels within a city lend higher in comparison to most rural towns. Based on Sperling's 2021 crime comparison, Austin favors safer for violent crimes, whereas Nashville takes the lead in safety for property crimes.

Is Nashville a safe city?

Numbeo notes Nashville's safety score at 52.22. Location plays a factor when evaluating the city's safety metrics. The metropolitan area offers plenty of safe neighborhoods, such as The Gulch, 12 South, and Germantown. Alternatively, some areas are still in a transition stage and have a higher crime rate. If venturing beyond the city center, expect to find several safe places throughout the state of Tennessee.

Is Austin a safe city?

Austin leads on Numbeo's safety scale at 64.13. Additional sources note Austin to be one of the safest places in the United States. Neighborhoods around the University of Texas, Rosendale, and Hyde Park reflect low crime rates. However, although the city has less crime, Austin faces immense backlash for its prevalent homeless population.

How Big Is Nashville Compared To Austin?

Nashville offers more space throughout its city boundaries, measuring approximately 475 square miles. Whereas Austin is made up of 320 square miles. The population of Austin is also denser, equating to 916,906 people. Nashville's total population only amounts to 654,187- based on the 2021 findings conducted by Sperling's Best Places.

Where Are The Best Places To Live In Austin vs Nashville?

Both cities have several desirable neighborhoods. However, if you prefer living outside of the hustle and bustle of the big city, we suggest exploring the suburbs. Nashville and Austin have outstanding surrounding suburbs, perfect for retiring or starting a family.

What are the top suburbs of Nashville?

The suburb of Brentwood ranks #1 on our list of 2022 best suburbs of Nashville. Located only 15 minutes from downtown, this family-oriented town offers many recreational activities perfect for kids. Brentwood's school district is also one of the best in the state of Tennessee!

Another favorable Nashville suburb is Mount Juliet, also known as the city between lakes. You can find this suburb nestled between Old Hickory Lake and Percy Priest Lake. With beautiful waterfront properties and a convenient daily train to downtown, it's no wonder people love it here. Mt. Juliet ranks #3 on our list of best places to raise a family in Tennesse just behind Brentwood (#1) and Spring Hill (#2).

Spring Hill gains popularity for its affordable new construction. The attraction for living in Spring Hill continues when considering the remarkable schools and family-friendly atmosphere.

The charming city of Franklin gives Nashville a run for its money. The Tennessee town offers a delightful downtown district, filled with boutique shops, dining options, and live music. Keep your eye out for celebrities here, you never know when you’ll spot a famous face during an open mic night. Franklin also ranks #3 on our list of best places to retire in Tennessee in 2022.

Roughly 30 minutes from downtown is Nolensville. If you're looking for a rural suburban feel, we suggest checking out this spot. The downtown and dining scene are still in the development stage, but locals love the Amish Country Market at The Feed Mill.

What are the top suburbs of Austin?

Cedar Park rings in as a favorite Austin suburb. Rooted within, you’ll find a blend of new construction and charming fixer-uppers. One of the town's main attractions is its renowned education system.

If outdoor activities are your jam, you'll want to consider living in Round Rock. You can find plenty of recreational parks, restaurants, and shopping throughout the popular spot. Many also favor the impressive schools here too.

Roughly 40 minutes from Austin sits Leander. This rural hotspot makes our list for top Austin suburbs, especially for families. The community hosts many kid-friendly events, such as the annual kite fest.

Is It Worth Moving To Nashville? 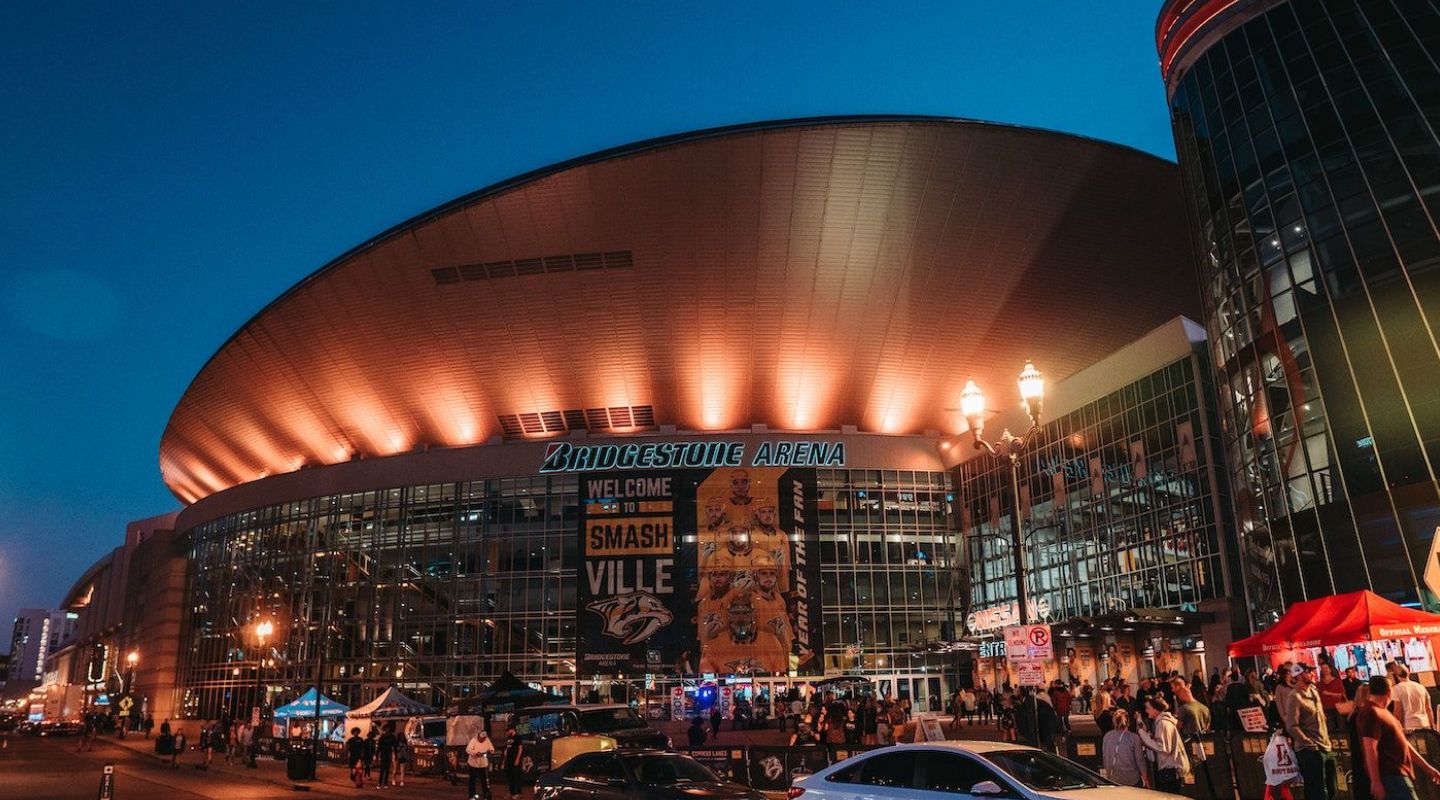 Nashville is home to outstanding food joints, a rocking nightlife, and has a low cost of living. If those perks seem enticing, which we imagine they do, then we suggest exploring your options in Music City further.

Pros to moving to Nashville 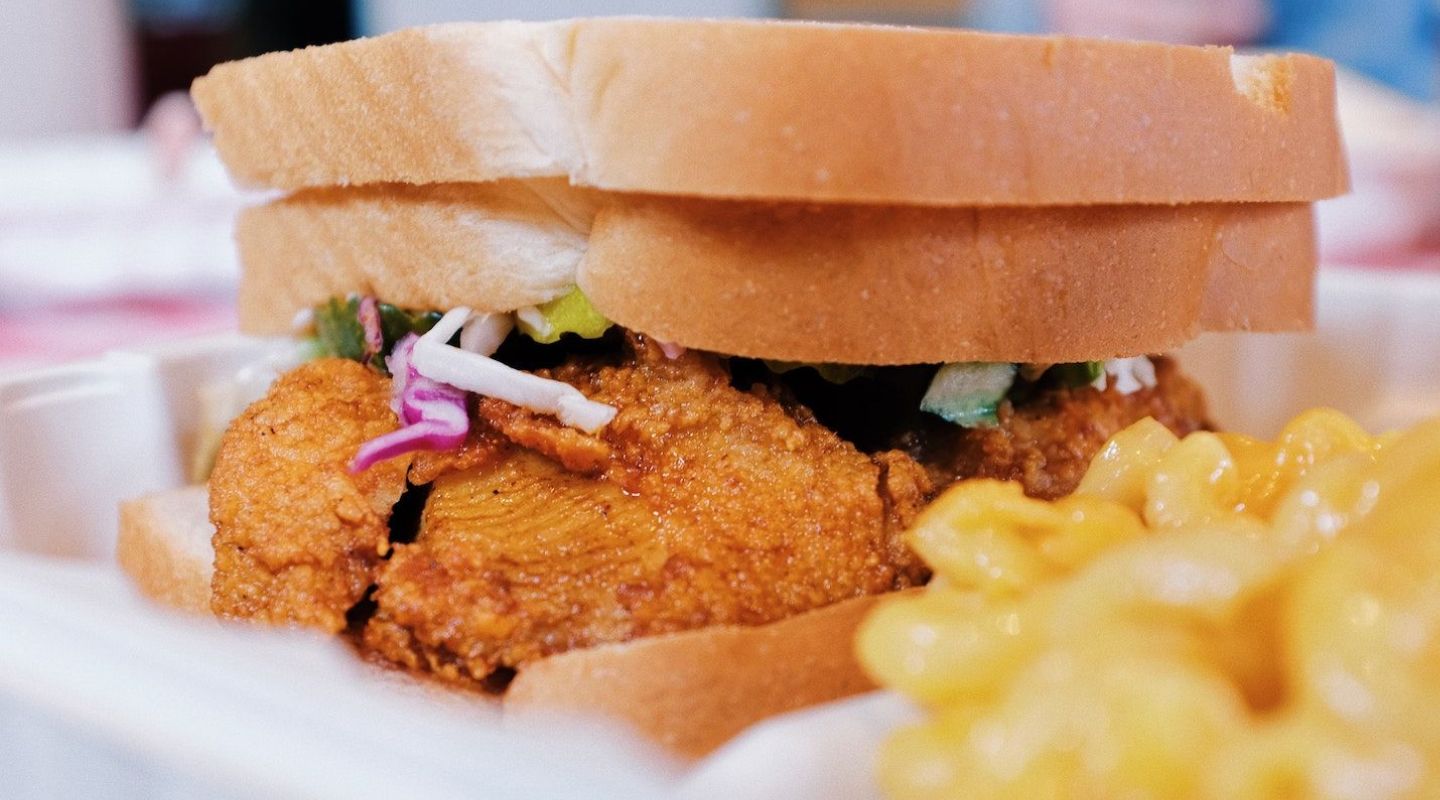 Cons to moving to Nashville

Is It Worth Moving To Austin? 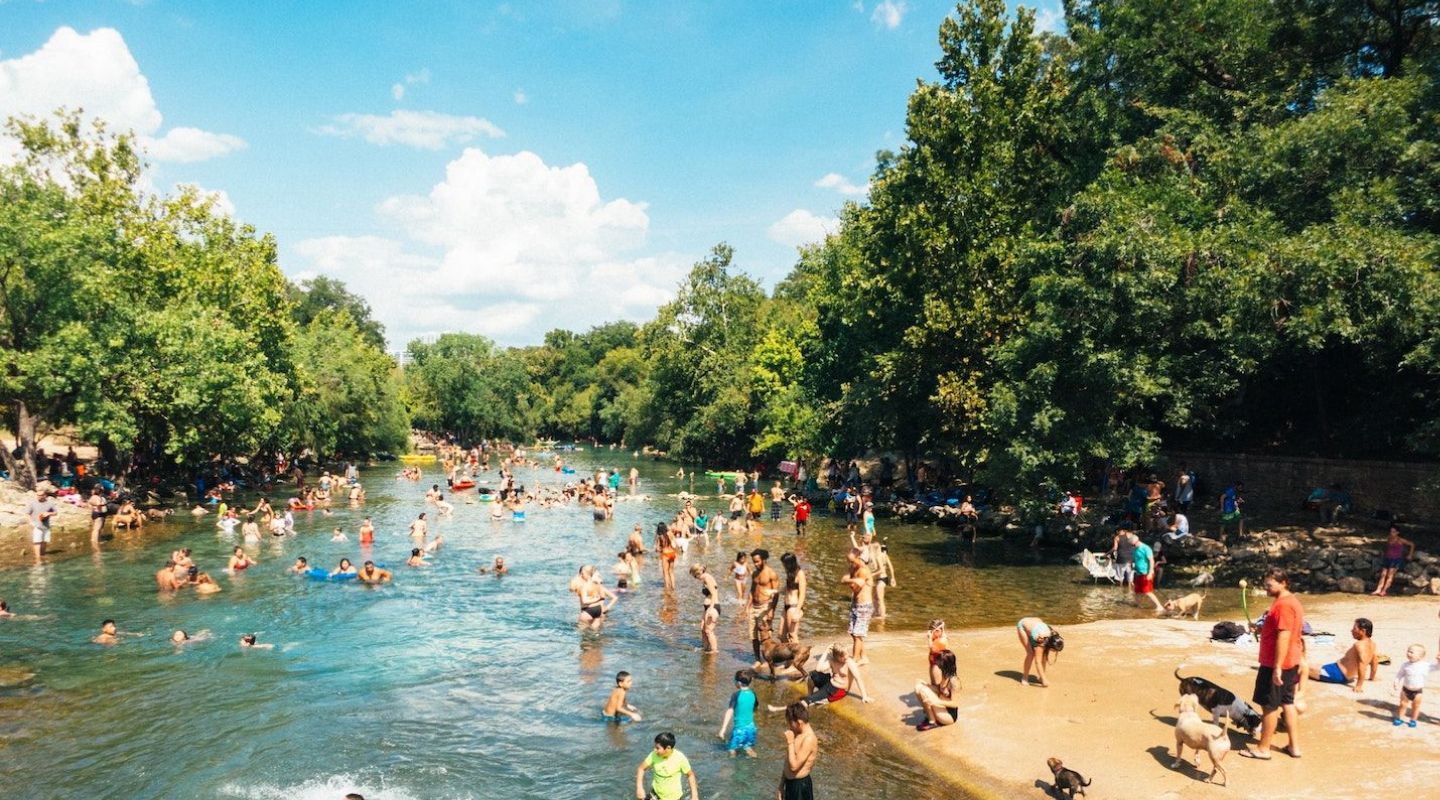 Austin is an exciting city centered around music, food, and fun. If you're drawn to the profound culture and are up for keeping Austin weird, we recommend exploring options for living in this city.

Pros to moving to Austin 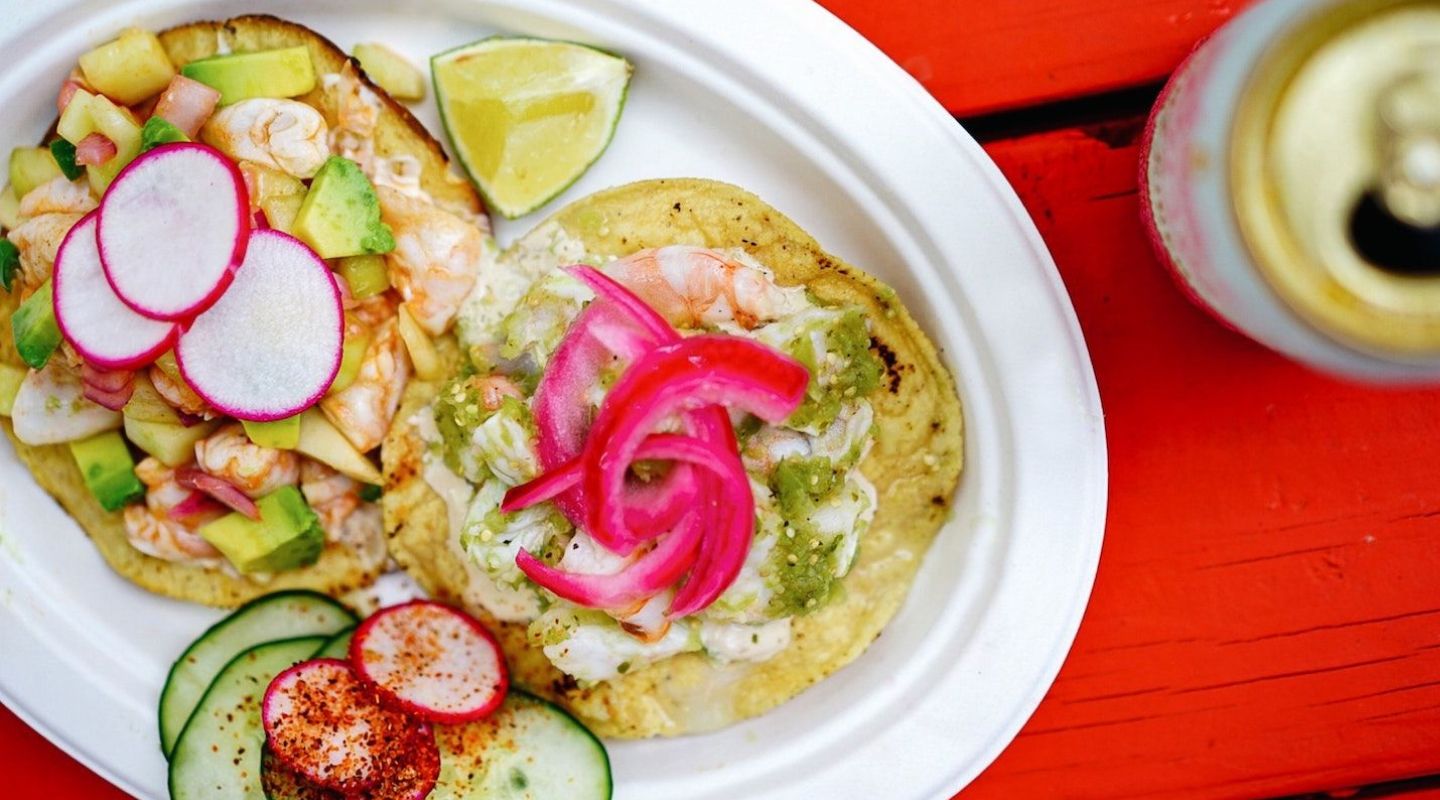 Cons to moving to Austin

How Can Felix Homes Help?

Felix Homes is a Nashville-based real estate brokerage servicing middle Tennessee. We have one simple mission - to be the most financially responsible way to buy or sell a home.

We make our mission possible by not only charging a low commission fee on both the buy and sell-side of the transaction, but our brokerage also has a fundamentally different business model when compared to traditional brokerages. We are a tech-enabled real estate firm and instead of having independent contractors agents, we have full-time employees who specialize in specific tasks such as marketing, finance, photography, technology, and of course, being a real estate agent.

Don’t be mistaken, a discounted price doesn’t mean a discounted service. We are a full-service brokerage! Our agents' only job is to focus on you, the client. Our average client keeps an additional $8,100 in their pocket after they sell their home using our low commission model. If you’re interested in hearing more or need any support on any real estate matter, we can be reached at contact@felixhomes.com or 615-354-5731.